Although the activities of the West Northamptonshire Development Corporation (WNDC) do not directly affect Yardley Gobion, in that we are not immediately in the development areas of Brackley, Northampton and Towcester, we are very close to both of the latter areas. The previous Government's plans called for a large expansion of the West Northants area over the next 25 years, including building thousands of new houses, and this will affect us all. WNDC has been charged with the control of this development and has been given special powers to implement these government plans

Some people would say it is good for the area but others worry about the impact of such massive growth. One thing is for sure you should be aware of it.

For current information about WNDC, go to their website by clicking on the following link: 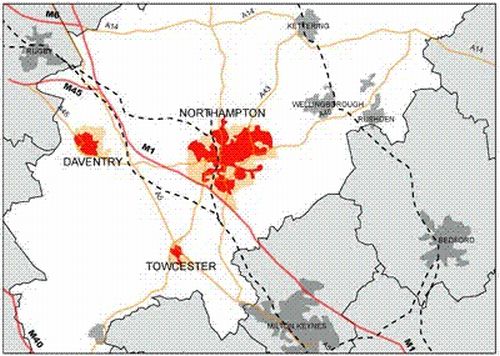 Development areas for which WNDC has planning responsibility