This section will look at the growth and development of religion and the various churches of Wickersley.

Wickersley's Parish Church, which is part of the Church of England diocese of Sheffield, is dedicated to St Alban and it is one of the oldest buildings in Wickersley. 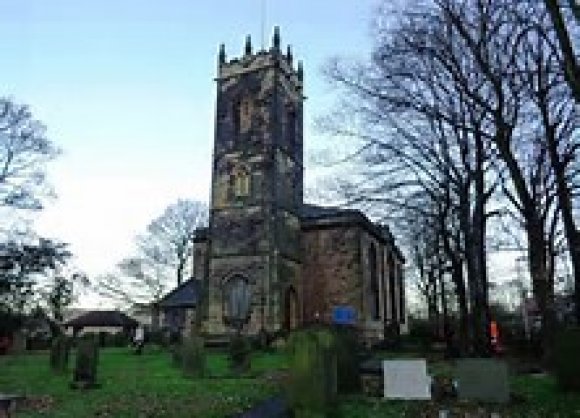 Little remains of Wickersley's medieval church apart from the tower, the lower part of which dates from the 15th century. The upper part of the tower dates from the 18th century and the top from the 1950s. Hunter speaks of a church at Wickersley c1150. The earliest recorded clergyman was Guydo who was rector in 1240. This church seems to have been rebuilt in the late 15th century possibly by Roger de Wickersley who died in 1472. His tombstone lies in the centre aisle. The late medieval church, apart from the tower, was demolished by Rev. John Foster, who erected the present nave in 1834-6. The chancel was added in 1886 by Rev. Frederick Freeman who was also responsible for all the stained glass. The east window is said to be a replica of its 15th century predecessor. A document of 1419 refers to "the lamp of St Nicholas in Wickersley Church." This seems to have been a light in the tower to guide travelers at night. There is a ring of three bells in the tower. The tenor bell dates from the rectory of John Elcock (1438-91). The others date from 1781 and 1799 and were re-cast in 1952.

A choir was instituted by the curate, Rev. Gladwyn Jebb, in 1861. This did not meet with universal approval and Dr. Holt Vates felt so strongly that he threatened the quarry masters who leased land from him with eviction if they allowed their children to sing in the choir. The choir supporters solved the problem by moving to quarries held from more lenient landlords. See the entry for the Christian Institute to find out more about this 'difference of opinion'. 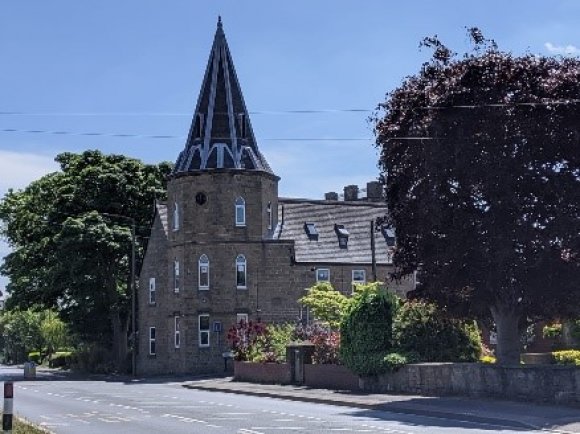 One result of the dissension over the choir was the foundation of the Christian Institute on Morthen Road by Dr. William Holt Yates. Opened in 1862 at a cost of £1.500, the Institute contained It comprised a lecture hall, small museum, library, reading room, kitchen, billiard room, savings bank and Secretary's residence. Its purpose was "the diffusion of general and useful knowledge, thereby to increase the respectability, happiness and welfare of Society, also to encourage the real interests of the inhabitants of Wickersley and its vicinity." This modern 'social' church was never consecrated for worship and was non-denominational. We understand that the discussion of politics was forbidden.

The clock was added to the Tower / Turret at a later date.

The Church Hall was converted in 1930 from the tithe barn, erected in the early 19th century.

The family ownership passed to Trustees in 1923. Today it is converted into a series of Apartments.

There is a book with full details in the Wickersley Library. The plaque below is inside the building and although there is one outside the writing is now illegible. 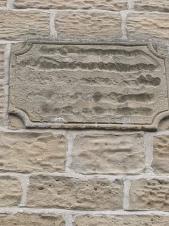 Illegible plaque on the external wall of the Christian Institute 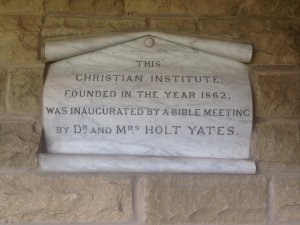 Inauguration plaque inside the Christian Institute 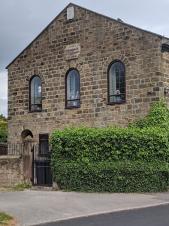 Wesleyan Methodist Chapel - showing the stone on the house wall

There must have been nonconformists in the parish by the beginning of the 19th century but they probably worshipped at the Methodist chapel at Bramley.

In 1806 John Styring's house at Wickersley (35 Morthen Rd, one of the 'Round Houses) was licensed as a place of worship for "protestant dissenters" and a Methodist chapel was built on Wood Lane in 1828.

A Primitive Methodist chapel was erected on Bawtry Road in 1842 and re-placed with a larger building in 1876. The two congregations remained separate after the Methodist Union of 1932 until the present chapel was built in 1967. 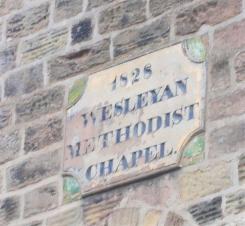 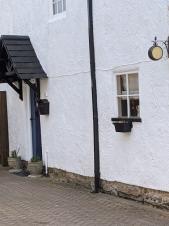 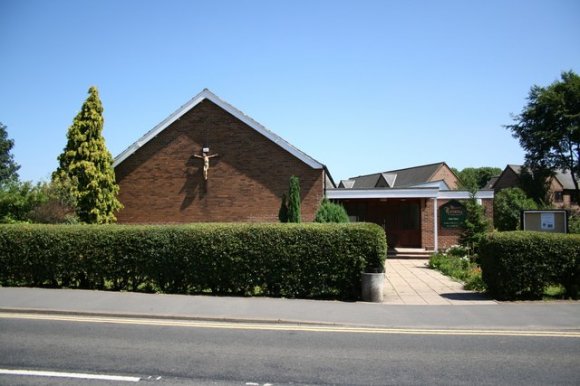 The land on which Blessed Trinity stands was purchased by Father Mullan, and it was built as a multipurpose church. Opened in 1961, initially, screens separated the altar and the body of the church, which was used as the hall on social and church business occasions, until a purpose-built hall was added during Fr White's time as parish priest.

​Priests of the parish