Coxley, Somerset (Cokesleg 1207 'wood or clearing belonging to the cook')

Find out more about Coxley today: 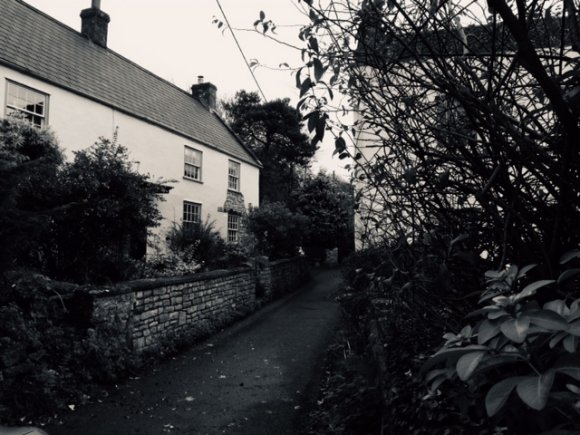 Coxley lies on the A39 Wells to Glastonbury Road and is said to be the last village on the Mendips and the first on the Somerset levels, consequently we have the best of both worlds. The name is pronounced Cokesly and not Coxley as in 'box'.

The original village was probably to the south-east of the present main road, as old maps show many more dwellings at Upper Coxley and a road which no longer exists. There are still a number of old cottages in this area including one which was the old post office.

The little Victorian church is one of the few buildings that anyone passing through the village today would notice as it stands on high ground, but there are one or two interesting older buildings.

The names of some of the properties and fields give one clues to the past way of life here. For instance, near Littlewell Farm was a well where the villagers who had no wells of their own would draw their drinking water before the advent of a piped water supply. And along Mill lane is, as you would expect, an old mill house which is thought to have been built on the site of an earlier building, probably a barn, in the early 1700s. The mill was built on to the house, both being constructed of local stone. The house is still very attractive and well maintained with the original elegant fan-light over the front door. The mill stream used to run under the house and one can see where the wheel would have been during the working life of the mill. It is said that the lavatories were positioned over the water-wheel, very practical!

The cider apple orchards which once abounded here have now largely disappeared but the area is still mainly agricultural. Most of the farms are dairy farms and there are some sheep and pigs. There is also one farmer who breeds and shows heavy horses. The village is fortunate in having a post office/general store as well as a village hall, a garage, a vineyard and a school which is still open - long may it be so!

Source: The village information above is taken from The Somerset Village Book, written by members of the Somerset Federation of Women's Institutes and published by Countryside Books.