The County is Rutland County Council.

The history of Essendine stretches back at least to the Bronze Age, as evidenced by various arytefacts unearthed in recent years. Continuous occupation dates back over 1,000 years to Saxon times, and the village is attested in the Domesday Book of 1086. A fuller history of the village may be viewed in this document:

'Of the same bishop (Bishop of Lincoln), Walter holds 1 hide in Essendine. There is land for 6 ploughs. In demesne are 2 (ploughs), with one slave; and 16 villans and 5 bordars with 4 ploughs. There is a mill rendering 16s, and 3 acres of meadow. (There is) woodland 6 furlongs in length and 4 furlongs in breadth. It was worth £4; now 100s. Barthi held it with sake and soke. - Domesday Book: a complete translation Penguin Books 2002 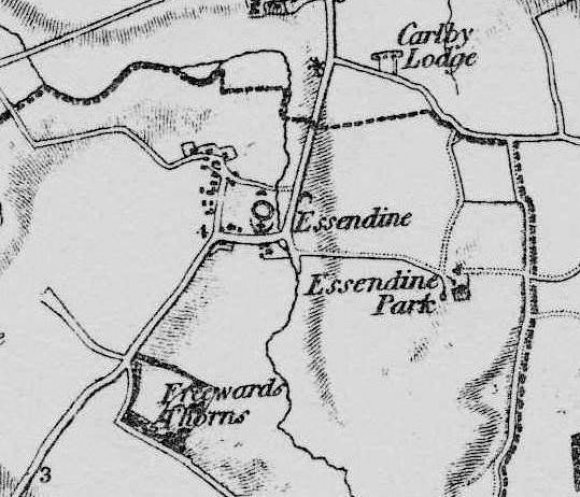 The Village's name is of Saxon origin and derives from the fact that the locality was named after a particular Saxon named Esa, whose dene or valley it was. That there was a village here in Saxon times is confirmed in Domesday Book, which states that it was worth £4 (i.e. in the reign of King Edward the confessor) and is now (i.e. In 1086, at the time of the survey) worth 100s (or £5). In Edward's time it was held by someone called Barthi, but the Bishop of Lincoln had since granted the lands to Walter.

In fact, casual finds, archaeology and air photography have combined to show that there has been human activity in the locality for at least several millennia. Indeed, a mid-Acheulian hand-axe dating back about 25,000 years was found in the mid-1950s just to the south-east of the village, and several other flint finds of probably more recent date have been made in the same vicinity subsequently.

In 1873, a collection of 10 Bronze Age hand-axes was found in a field east of the site of the Castle, and, more recently, air photography has revealed a number of probable Bronze Age round barrows in the same area, which is in the valley floor of the Glen River. This testifies to a human presence in the area dating back to around 2000 BC. Other air photographs identify a number of enclosures which could be either Bronze Age or Iron Age, and surface finds of Roman tiles and pottery attest to a Roman settlement of some description.

There is little evidence of a Saxon village, although the name itself is of Saxon origin. The Domesday Survey confirms that there was a settlement here prior to the Norman invasion, presumably in the area now occupied by the castle site, as there is also mention of a mill, which in all probability was a watermill on the River Glen. 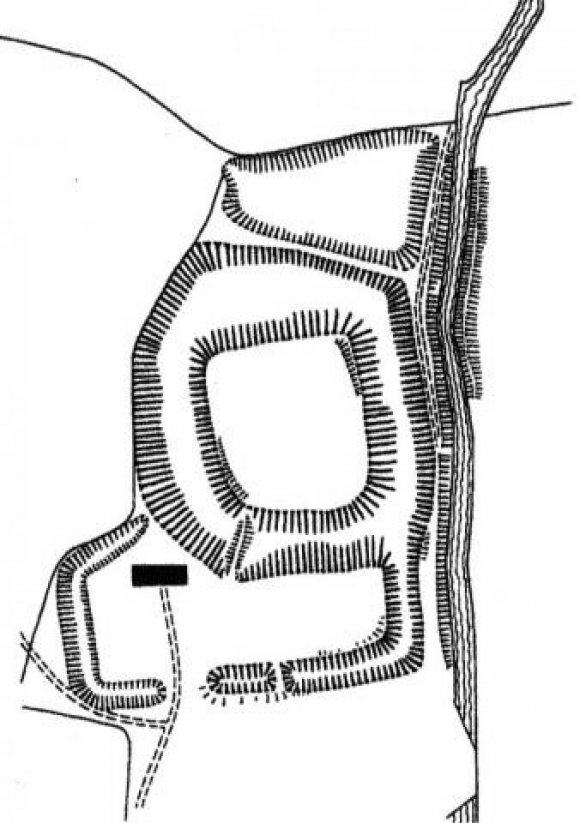 The moated site of Essendine Castle lies just behind the church, but it is not known when the castle was originally built It is possible that it commenced life as a Norman motte and bailey before being converted to a fortified manor house late in the Norman period. It is clear that the lords of the manor had a residence at Essendine for some centuries, as Robert de Clifford was stocking his park here with deer in 1296, and in 1318 John de Cromwell complained of his park having been broken into. The Despensers evidently had a residence, as Edward le Despenser was born and baptised at Essendine in 1336. It has been suggested that the castle may still have been standing in the time of Queen Elizabeth, as William Cecil, Lord Treasurer Burghley, whose grandfather David Cecil had acquired the manor early in the 16th. Century, mentions Essendine in his will as a place of residence for his younger son Robert. There is no tradition of any other mansion house having existed, but the records do not mention any castle. The site is a square area of rather more than an acre, encompassed by a deep moat. Robert Cecil took as one of his titles Baron of Essendine, and the title has descended with the family to the present day. The lordship of the manor of Essendine remained in Cecil hands into the 19th. Century, but the family had grander estates elsewhere, and the castle is likely to have fallen into disrepair in the first half of the 17th. Century, probably eventually being dismantled, as no remains of the building are visible today. 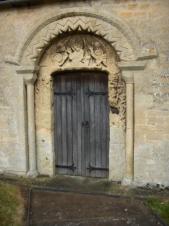 It is thought that the present church was originally the chapel of the castle, and its early date is borne out by the south doorway, which has been dated to 1130-40 AD, with its characteristically Norman archway enclosing a carved tympanum depicting Our Lord with two angels. Most of the present fabric dates to the thirteenth century, with repairs and alterations carried through subsequent centuries. It is thought that there was a separate church within the village in the medieval period, at the northern end of Manor Farm Lane on Broadholme Farm. Architectural fragments of this building survive built into an adjacent cottage, but little is known of the building itself.

Over the centuries since the Domesday Survey, Essendine has remained a relatively small village. In 1086, there were '16 villans and 5 bordars', plus one slave, and , of course, presumably Walter, or at least his steward. In total, including women and children, there were probably upwards of 70 inhabitants. The Lay Subsidy of 1327 lists 18 taxpayers, so that the size of the population can have changed very little in those 250 years. Similarly, the Military Survey of 1522 names 17 able-bodied men eligible to serve the King if called upon, and again, this is indicative of a total of at most 75 inhabitants. In 1664, the Hearth Tax was assessed on 17 properties, three of which were exempt from the tax as they had no hearths, and in 1712 the Land Tax Assessment was made on a similar number of properties, so that there can have been little change in the total population for more than 600 years. By the time of the first census, taken in 1801, there were still only 98 inhabitants in 27 households, which by 1851 had more than doubled to 239 (38 households), although this figure included a large number of itinerant workers building the railway line which was to open a couple of years later. The total in 1901 was 203, living in 41 households, compared with 368 in 142 households in 2001.

The arrival of the railways in the mid-19th. Century brought a number of changes to the village, which until then had been a predominantly agricultural village. The main line north, the Great North Railway passed through the village, where a new station was built to allow passengers from the south to change on to the Bourne and Stamford Railway. Shortly afterwards, a hotel was built adjacent to the station, followed in the 1870s by a mixed elementary school which catered for the growing number of children in the parishes of Essendine and Carlby 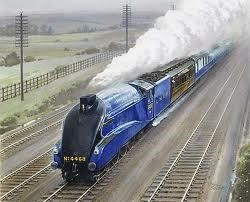 In January 1853, only a few months after the opening of the Great Northern Railway, Essendine hit the headlines when a train crashed in icy conditions, resulting in several fatalities. More favourable headlines followed through the 1930s, when Essendine was the favoured stretch of line for attempts on the rail speed records by various locomotives, commencing in 1935 with the 'Silver Jubilee', the first train to achieve 100mph, and culminating in 1938 with the 'Mallard', the holder of the official world speed record for steam locomotives at 125.88 mph (202.58 km/h). The record was achieved on 3 July 1938 on the slight downward grade of Stoke Bank, and the highest speed was recorded at milepost 90¼, between Little Bytham and Essendine. The station closed in 1959, when the lines to Bourne and Stamford were also closed.

During the 1950s, the American tractor manufacturers Allis Chalmers moved its British factory to Essendine, on a site previously owned, since 1947, by another American company, Minneapolis Moline, who manufactured combine harvesters. The site was previously occupied by the army during World War 2. The Allis Chalmers factory eventually closed down in 1982, with many redundancies, following which the various buildings were rented to a variety of small enterprises, and there are a large number of small businesses to be found to this day.

Further housing development over the past decade has increased the number of households in the village to 174, with an electoral roll of 349 and a total population now approaching 500. Nevertheless, Essendine retains its village feel, and is a now a popular residential satellite of Stamford.